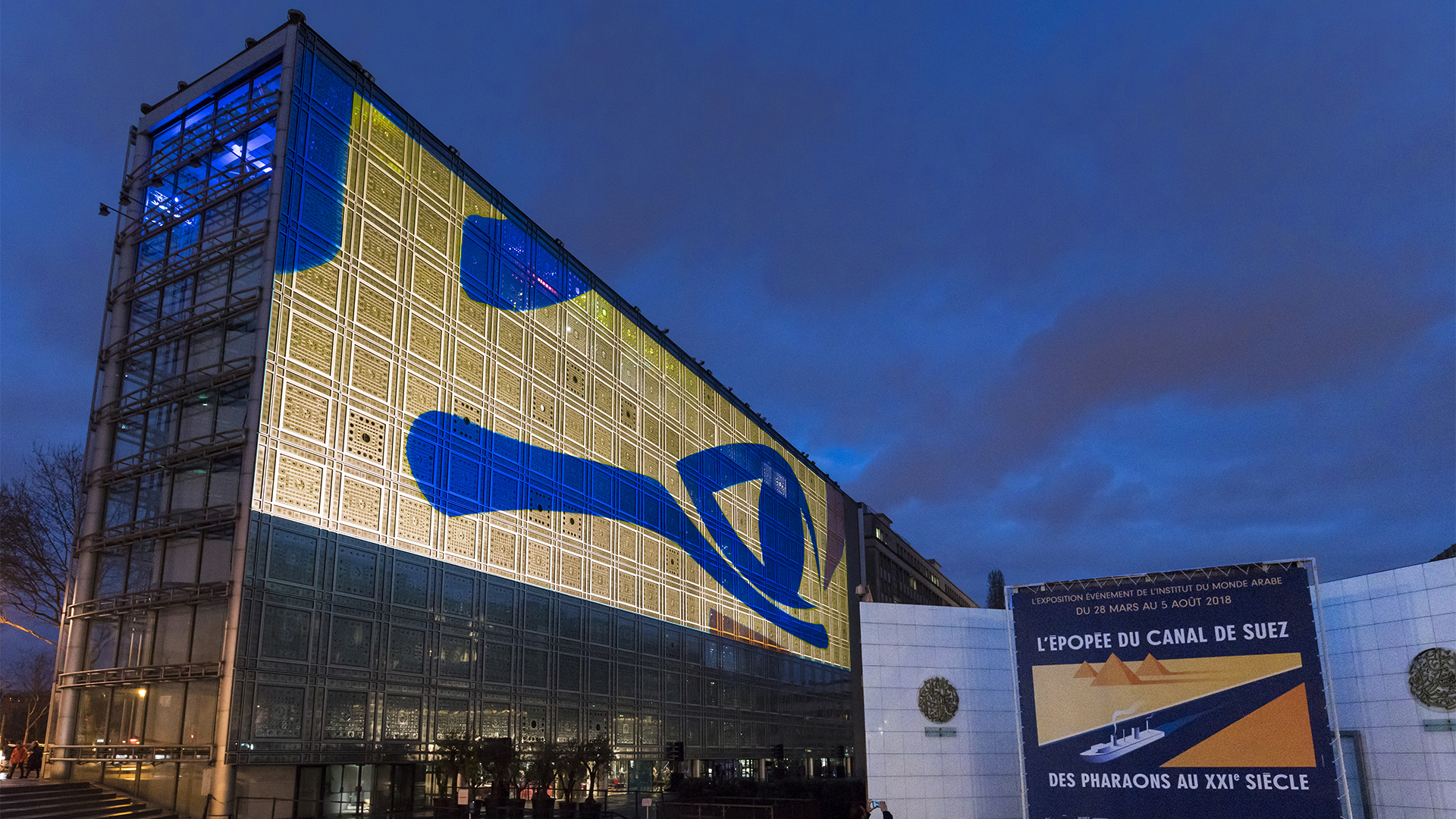 THE EPIC OF THE SUEZ CANAL Paris 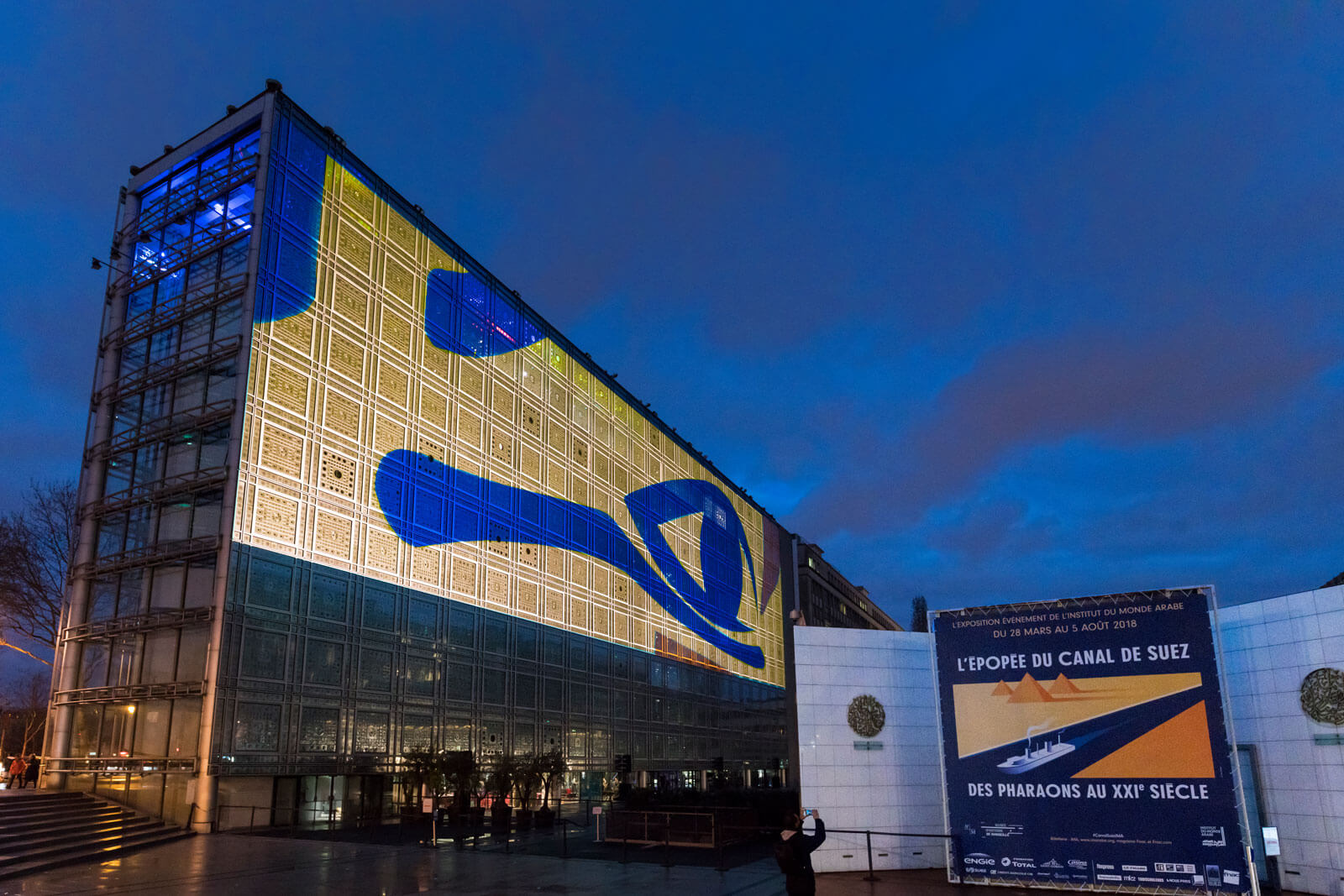 Boarding now for a poetic journey down the Nile

For the exhibition «L’Epopée du Canal de Suez, des Pharaons au XXIe siècle» (The Epic of the Suez Canal: from the Pharaohs to the 21st century) organised by the Institut du Monde Arabe in Paris, THE JAM PROJECT invites the audience on a poetic journey down the Nile. The story of the Suez Canal is projected onto the front of the building, decorated with mashrabiyas, in several horizontal friezes based on ancient Egyptian frescoes. The visual journey includes thematic tableaus which simultaneously or comparatively recall the three main eras of the canal: Ancient Egypt, the 19th century and the building of the canal, and modern times. 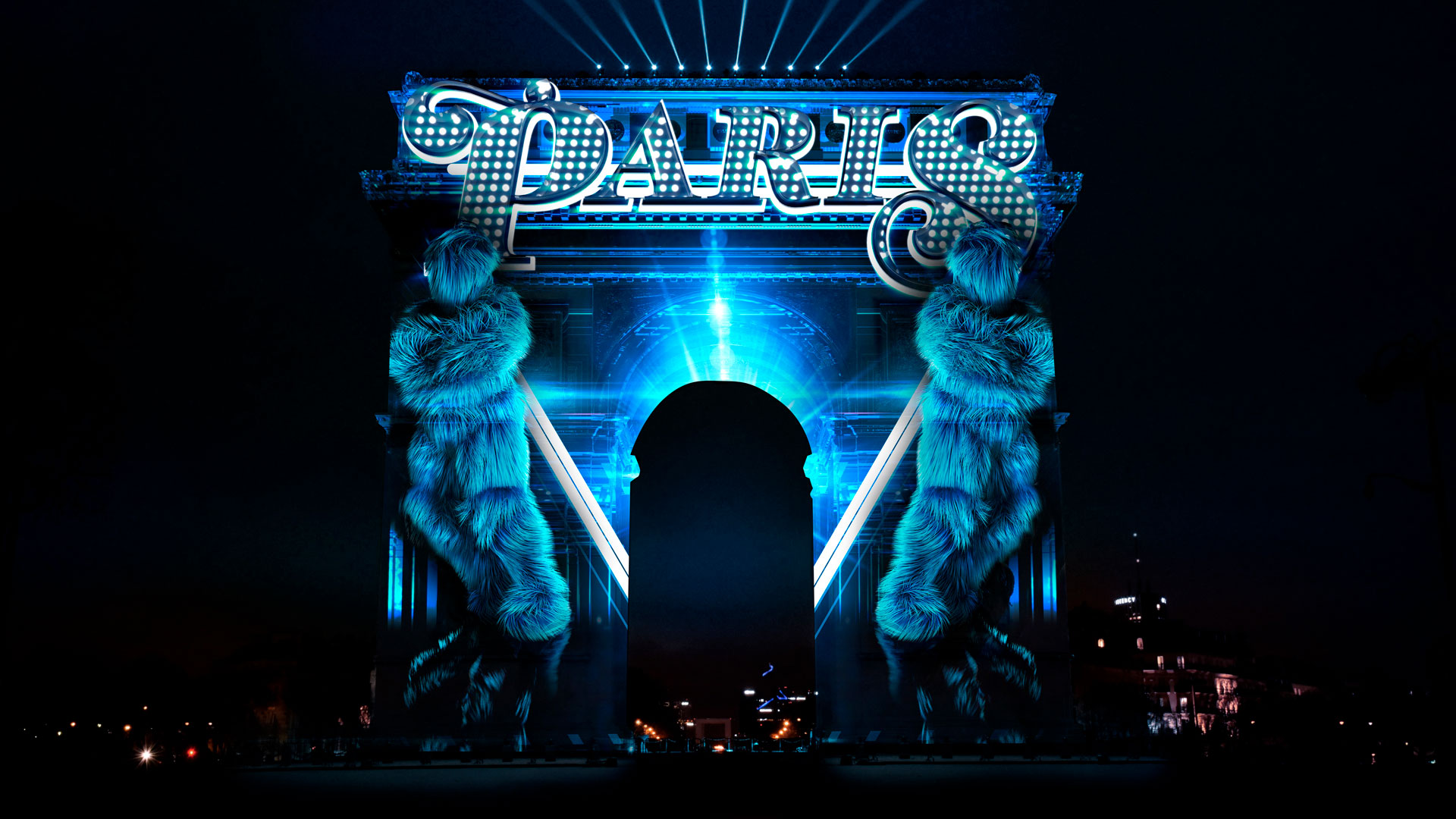